Case Study: How to Save $800K in Staff Turnover

The following article is part of our series on case studies, which highlights specific examples of consultants, managers and HR professionals from around the world who are using the TTISI assessments to improve performance and lower costs.

For years, a national wireless retail provider was “bleeding with turnover” that plagued company sales and growth trajectory. Indicative of the retail market, it was commonplace for A Wireless, located in Greenville, N.C., to experience between 60 - 70% turnover amongst its sales associates. Company leaders knew a change was necessary and that they needed to “re-aim the culture,” where change and self-improvement practices would be applauded.

As A Wireless started to expand and grow on a regional and national level, company leaders said they began to think differently about their approach to hiring.

“I think the climate was right for trying something like this in our selection process,” said Jeff Huffman, executive director of HR and training for A Wireless. “TTISI’s assessments were one of the spokes on the wheel that helped limit turnover.”

Through the work of Value Added Associate Mindy Bortness, President and CEO of Communication Works, Inc., assessments and job benchmarking tools were introduced to company leaders in 2012 to reassess hiring and retention practices.

“The company was very energised about being able to make a difference in specific bottom-line indicators,” Bortness said.

Within two years, and through the application of the Talent Insights report, store leader turnover numbers have decreased dramatically, from 80 in 2012 and a high of 104 last year to just 21 through July 2014.

Meantime, through the use of TriMetrix HD, district leader turnover also decreased during the same period, with just three people leaving the retailer thus far in 2014. Only nine and eight employees left the company in 2012 and 2013, respectively.

Bortness explained the company-wide initiative to introduce assessments began at the district leader level, as company executives wanted to develop policies around strategic hiring practices, with the expectation of hiring people who would want to stay on with A Wireless. Bortness said unlike others in the retail world, there was immediate buy-in from the top.

“They kind of call me the ‘turnover doctor,’” she said. “It really was a joy to watch the enlightenment (grow) within the ranks of the organisation as time moved forward.”

Huffman, who has an HR background, said using TTISI’s tools helped shape how A Wireless approached its interview process, eventually leading to better overall selection. He said plans are in place for TTISI’s assessments to remain in place in the company’s selection process. 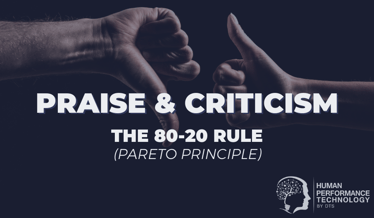 How I Hire Series: Wisdom from 80 Thought Leaders