Fight or Flight at Work: Your Stress Response

The fight-or-flight response (or fight-flight-fright-freeze-faint) is also known as the acute stress response, although many writers refer to it simply as the stress response.

When we encounter a threat, our bodies can activate a “dual alarm system” via the autonomic nervous system — the system operating outside our conscious control that regulates basic life functions like heart rate, respiration, food digestion, body temperature, etc. 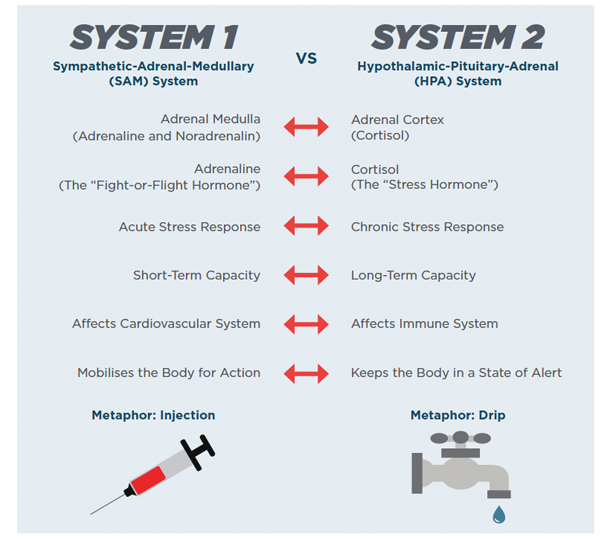 The fight-or-flight response is an evolutionary relic that evolved over hundreds of thousands of years, in humans as well as other animals. This mechanism had an important role to play in the lives of our ancient ancestors, who faced an occasional 2-3 minutes of life-and-death terror—generally either escaping as prey or attacking as predator—before carrying on with life as normal.

The system was brilliant for primitive life on the African savanna, but it is not especially well suited to modern life in the concrete jungle. The autonomous nervous system cannot tell the difference between a deadly, physical, in-the-moment threat (tiger) and an imagined difficulty (speaking in front of a group). Anything that we perceive as a serious threat to our ability to handle a situation has the potential to activate the fight-or-flight response.

People differ in their level of reactivity to a stressor—that is, anything physical or psychological that provokes stress—based on the perception of the severity of the stressor, the duration of stressor, the individual’s genetic make up, general physical health, and other psychological and personality factors. 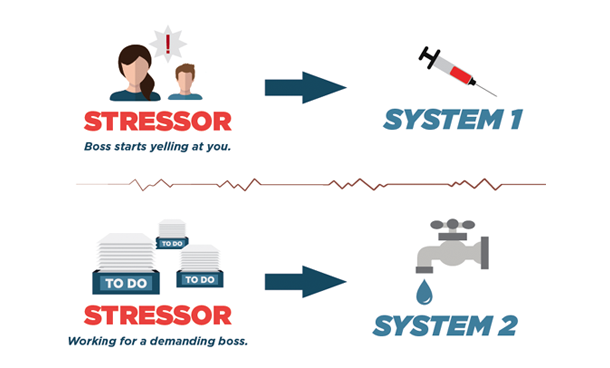 Stressors typically lead to activation of both systems. System 1 (SAM) activates immediately, and system 2 (HPA) activities several minutes after the initial stressor. When system 1 is activated, a complex chain of chemicals is triggered via the sympathetic nervous system (part 1/2 of the autonomic nervous system).

“The stress response begins in the brain… When someone experiences a stressful event, the amygdala, an area of the brain that contributes to emotional processing, sends a distress signal to the hypothalamus. This area of the brain functions like a command center, communicating with the rest of the body through the nervous system so that the person has the energy to fight or flee.” — Harvard Health Publications (Harvard Medical School)

At this time, the hypothalamus sets in motion a cascade release of approximately 30 different hormones, including the 3 major stress hormones: noradrenaline, adrenaline, and cortisol. This causes an increase in heart rate, respiration, blood sugar, sweat secretion, muscular tension, and pupil dilation, which heightens the senses, intensifies focus, and supplies the body with an energy fuel injection in preparation for violent muscular action.

When this happens, the immune system and the reproductive system get put on “stand by.”

System 1 can only remain active for a short period. Once the threat is over, the parasympathetic nervous system (part 2/2 of the autonomic nervous system)—also known as the “rest-and-digest” response—is triggered and functions to reactivate the processes that were temporarily slowed or suspended, resulting in the body’s return to pre-stress levels.

If, however, the perceived threat level remains high, then system 2 will continue to function. This system is marked by the release of glucocorticoids, predominately cortisol, which has a number of effects on the body, notably the suppression of the immune system, the redistribution of glucose, and neural death.

There is evidence that high amounts of cortisol lead to a shrinking of the hippocampus in the brain, contributing to memory and learning difficulties, as well as sleeping problems and depression. On top of that, cortisol is also linked to high blood pressure, diabetes, and increased belly fat, not to mention accelerated damage to genes. 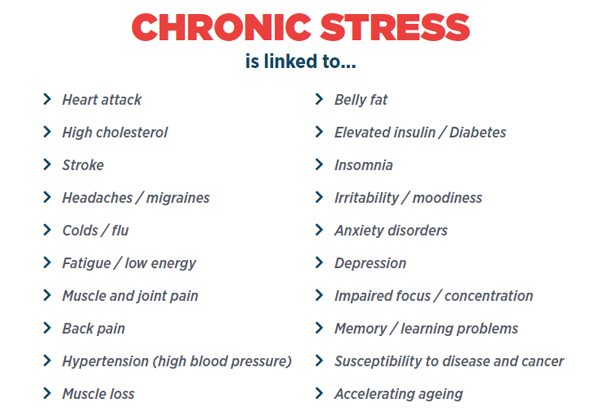 Common examples of stressors that might provoke system 2 include working for a demanding manager, moving house, going through marital separation, ongoing financial problems, coping with a newborn baby that won’t stop crying, fear of losing one’s job, and repeated harassment by coworkers.

Since cortisol is associated with a range of harmful health effects, and it continues to be released into the system in response to chronic low-level stress—a common feature of modern-day life—it is perhaps unsurprising that cortisol has been considered public enemy #1.

At the centre of the difficulty in defining stress is the debate over whether or not stress is synonymous with certain stress hormones. Since cortisol and adrenaline are always present in the body to some degree, the question is whether or not elevated levels of these hormones—and/or some other kind of measurable physiological process—might be a necessary prerequisite in order to be considered “stressed”? It’s a question that remains open to debate. 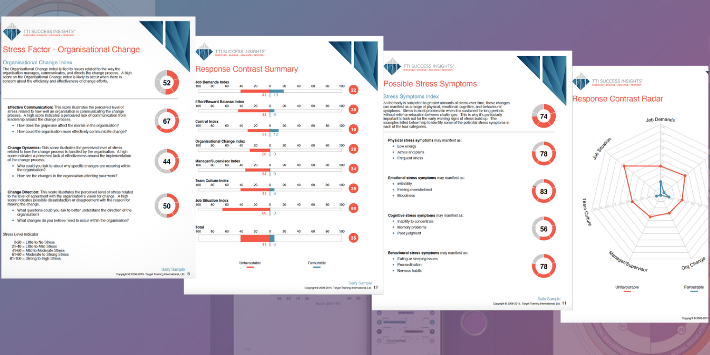 Since it may be helpful for individuals and teams experiencing a fight-or-flight response related to the Covid-19 restrictions, we have partnered with our supplier TTI Success Insights (ANZ) to offer complimentary Stress Quotient assessments in 2021 and 2022 (with a limited number per organisation). Simply email our team at hello@dtssydney.com to request more information and/or a complimentary assessment. We're here to help.

Note: This blog post was originally shared in May 2016, and it was refreshed and republished in July 2021 with up to date information and context.

Note: This post is a continuation of our series exploring stress in the workplace. Read the first article here. 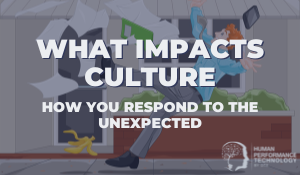