In a Nutshell: The Golden Circle (Simon Sinek)

Simon Sinek is a bestselling leadership author perhaps best known for his TEDTalk, “How Great Leaders Inspire Action,” currently the 2nd most watched TEDTalk of all, which popularised the idea of The Golden Circle. His most well known books are “Start With Why” (2009) and “Leaders Eat Last” (2013).Beginning as a student in cultural anthropology, Sinek later moved into advertising where he worked for Euro/RSCG and Ogilvy and Mather. In 2002, he started his own company, Sinek Partners, but lost his passion despite having achieved outward success. This led Sinek to reexamine his life’s purpose and rediscover meaning and happiness in his work. This personal struggle became the impetus for developing a model that he began sharing with his friends to help them find more fulfillment in their work. From there, it evolved into a career writing and speaking about leadership on the international stage.

Sinek’s own purpose involves helping to build a world in which the vast majority of people go home everyday feeling fulfilled by their work.

Overview:The Golden Circle is a very simple model that can be drawn as a 3-ringed bullseye, which is commonly applied to leadership, business strategy, marketing and personal branding. The innermost circle is “Why,” followed by “How” and then “What” on the outside.

“I don’t believe, by the way, that any one of these pieces is more or less important than each other. They’re all equally important. The point is that every organisation on the planet functions on all three levels but most of us are only even aware of two of them… you can have all the vision (why) in the world, but if you don’t execute (what), then who cares?” — Sinek

According to Sinek, The Golden Circle is a naturally occurring pattern, grounded in the biology of human decision-making, which explains why we are inspired by some people and organisations but not others.

Sinek explains that our neo-cortex (thinking brain) corresponds with the “What” level, while the other two sections make up our limbic system (emotional brain). The limbic system is responsible for trust and loyalty, so when we talk to people at the “Why” level we are directly communicating with the system that controls behaviour and decision-making.

Sinek provides Apple and Harley Davidson as examples of companies that are highly disciplined in their approach to living their values; and the Wright brothers and Martin Luther King Jr. as examples of great leaders who do the same.

He believes that inspired companies and leaders start with the why layer: thinking, acting, and communicating from the inside-out, whereas ineffective companies operate only from the two outer levels. 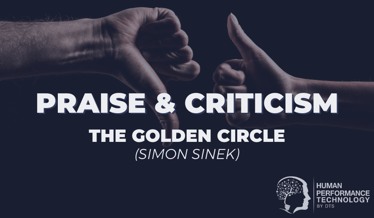 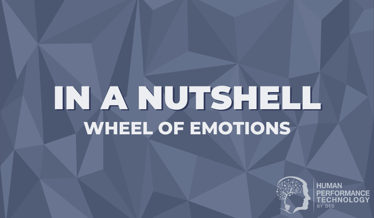 In a Nutshell: Wheel of Emotions