The mind of a mathematician and the heart of a Buddhist monk, Naval Ravikant is one of Silicon Valley’s most interesting and respected CEOs. A rich source of insight on decision making, habits, and happiness, Naval’s 2-hour Farnam Street interview is easily the best podcast I’ve listened to in several years.


If you're like most people and find yourself confused by the technical discussion around Bitcoin, you may also want to check out this lengthy but lucid introduction to cryptocurrencies featuring Naval, the quiet genius Nick Szabo, and Tim Ferriss.

Naval hasn't yet published a book outlining his central business-life philosophy. I’ve attempted to piece together some recurring themes, primarily from podcasts, videos, articles, and Tweets. Because much of the source commentary is off-the-cuff, I think it's only fair to consider the underlying idea or sentiment being expressed, and not just the words, lest we create a linguistic hellscape in which business leaders only release carefully filtered corporate statements.

The usual disclaimer: Except where quotations appear, thoughts have been paraphrased and don't necessarily reflect the views of the original author.

“Decision making is everything... someone who makes decisions right 80% of the time instead of 70% of the time will be valued and compensated in the market hundreds of times more.”

1. Decision Making is the Game, Mental Models are the Tools

In the age of leverage, where companies can access skilled workforces and increasingly powerful technologies, the returns on good judgment are exponential. Entrepreneurs who are wrong only slightly less often than their competition may be looking at rewards, not in the thousands, but in the hundreds of millions. This is one of the reasons why Naval is big on mental models. The better the quality and quantity of mental models at your disposal, the greater the likelihood of pushing down your average error rate. It’s simple logic, but it hardly means that most or even a sizeable chunk of the population is committed to this endeavour, which leads to the next point.

“The tools for learning are abundant. It’s the desire to learn that’s scarce.”

2. Learning is the Ultimate Meta Skill

What intelligence and material success he might have, Naval attributes to the consistent practice of reading for about 1-2 hours a day, a habit made successful in part because he doesn’t impose strict rules on himself. There’s no guilt with jumping around, skimming pages, or never finishing a book. Enjoying what you read matters more than forcing yourself through the latest chart-topping business / self-help books, which often have one or two key ideas buried in several hundred pages of filler. As long as you do it every day, reading will become a habit — and arguably the single most valuable habit that you will ever form. It's that important. On the Tim Ferriss podcast (2015) Naval insists: “If you take away anything from this podcast, it’s figure out how to read.”

"Technology is applied science. Science is the study of nature. Mathematics is the language of nature. Philosophy is the root of mathematics. All tightly interrelated.”

3. To Build Skyscrapers, Study the Ground

Naval is a believer in “first principles thinking,” which can be seen as the ability to understand the essential building blocks of product, system, or subject. For example, trigonometry rests on arithmetic. But suppose we miss a fundamental arithmetic lesson early in school. Unable to move from floor 3 to floor 4, we fall back on “process thinking,” reasoning by analogy, and memorisation tactics. (If I see X problem, I know to do Z formula.) We may know how, but we have lost the why. It's like only ever being able to tie your shoelaces the way you were taught in 1st grade because your parents didn't teach you anything about knot formation or tension. Due to something as common as poor teaching, we may see ourselves as “not intellectual,” or “dumb,” and lose interest in academics all together, when in fact our anguish can by undone if we focus on restoring some small but critical links in the chain.

"Happiness is the default state. It’s what's there when you remove the sense that something is missing in life."

4. Happiness is Your Default State

As a species, we are addicted to The Next Thing of Happiness: a product, a person, a promotion, or a destination that, once obtained, will make us feel complete. This notion — that something external is going to bring lasting peace and joy — is a fundamental delusion from which we all suffer. Going against modern self-help advice and returning to ancient Buddhist wisdom, Naval views happiness as less about positive thinking, mindset, or motivation and more about the absence of desire. Once you strip back the incessant chatter of the hoping-fearing mind, you find stillness and at the heart of stillness is peace. Although it may sound like a nonsensical Zen paradox, the death of your mind makes you feel alive. Cultivating present moment awareness is one of the most difficult long-term habits to build. As often as possible Naval tries to operate in "debugging mode" until he needs help from the useful but otherwise completely mad, poo-flinging "monkey mind."

Naval Ravikant, early investor in Uber and Twitter, and CEO of AngelList — a website for startups, angel investors, and startup job seekers. 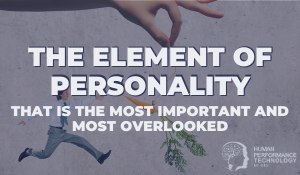 The Most Important & Most Overlooked Element of Personality 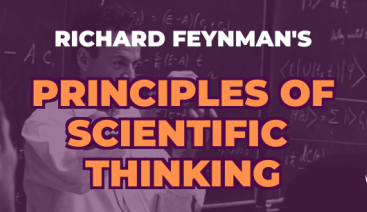