The field of NLP as a whole has been shaped by the combined efforts of a large number of contributors, however the original co-creators can be clearly identified as Richard Bandler and John Grinder.

The major strength of NLP as a field is the diversity of ideas, models, and techniques. There are hundreds of NLP-titled books catering to different goals and interests. These fall across several categories or sub-genres including therapy, coaching, sales, leadership, dating, parenting, and personal effectiveness. Regardless of whether someone is a salesperson, manager, engineer, nurse, student, professional athlete, writer, or parent, NLP has something to offer just about everyone.

The quality and quantity of support for NLP is significant and difficult to ignore. The number of anecdotal testimonials, as well as the passion expressed by supporters backing its effectiveness, would suggest that NLP has made a significant positive impact in the lives of countless individuals.

NLP is generally marked by an exciting and optimistic attitude towards change. The idea that significant change can happen in an instant, often just a few short minutes, may come as a surprise to people who believe that change necessarily has to come about through a long and protracted process of self-inquiry and gradual improvement. The understanding that we give meaning to events through our thoughts and thus have the power to change the responses produced by our nervous system by ‘tampering’ with the structure of these thoughts, is an idea that has been around for many decades (most notably with the emergence of cognitive behavioural therapy in the 1960s). Since there are no known negative side effects of using NLP techniques for therapeutic applications, as compared to many drugs that might be used to help manage anxieties and other stress-related disorders, NLP is often seen as being able to offer solutions where traditional approaches have failed.

On the whole, NLP’s growing theoretical diversity, large support base, and anecdotal effectiveness when it comes to producing quick results will likely continue to attract attention from the business sector and other domains where self-awareness and effective communication are becoming increasingly important to success.

In spite of its popularity in some parts of the business community, the scientific community generally regards NLP as a pseudoscience. Critics claim NLP is one of the clearest examples of ‘neuro-babble’ (a word adapted from psychobabble), which attempts to affect an appearance of scientific respectability while making claims about the brain that are exaggerated and unsupported by research. The complex ‘jargon’ terminology used by NLP practitioners is of particular issue for critics as it often gives consumers the impression that its techniques and methods are scientifically credible and have been demonstrated through independent research when this is frequently not the case. NLP training providers are said to make numerous scientific claims about the way the human mind, learning, and perception work that have not been substantiated by any empirical evidence.

One of the most strongly criticised models in the field of NLP is preferred representational systems (PRS). This involves the idea that people represent their experiences based on preferred sensory systems (e.g., visual, auditory and kinaesthetic), which is related to the concept of learning styles. In NLP training, someone who uses phrases like ‘I see what you mean’ might be viewed as having a preference for a visual representation system whereas ‘I hear what you’re saying’ might indicate an auditory preference. These linguistic clues are known as ‘predicates’. In addition, some NLP vendors teach that people’s eye movements can indicate their PRS and, as an extension of this idea, this information can be used to determine whether or not someone is lying.

British psychologist Dr. Michael Heap, from the Sheffield Health Authority, has strongly criticised the PRS aspect of NLP teachings, writing the following in a review: ‘The present author is satisfied that the assertions of NLP writers concerning the representational systems have been objectively and fairly investigated and found to be lacking… in view of the absence of any objective evidence provided by the original proponents of the PRS hypothesis, and the failure of subsequent empirical investigations to adequately support it, it may well be appropriate now to conclude that there is not, and never has been, any substance to the conjecture that people represent their world internally in a preferred mode which may be inferred from their choice of predicates and from their eye movements.’

Furthermore, the related concept of learning styles is considered to be one of the most popular ‘neuromyths’ in education and L&D, which has been reviewed by several independent sets of researchers, including two major reviews by Coffield et al. (2004) and Pashler et al. (2009). The latter wrote, ‘We conclude therefore, that at present, there is no adequate evidence base to justify incorporating learning styles assessments into general educational practice.’

It should be noted that not all proponents of NLP use PRS. In Enhancing Human Performance: Issues, Theories, and Techniques (1998), by the National Research Council, the authors wrote, ‘At a meeting with Richard Bandler in Santa Cruz, California, on July 9, 1986, the influence subcommittee was informed that PRS was no longer considered an important component. He [Bandler] said that NLP had been revised…’ (p 140). However, the influence of PRS still remains prevalent in many NLP books and training courses.

Writing in the magazine, The Training Journal, Garry Platt notes, ‘Some people would contend that representational systems, eye-accessing cues and predicates are minor aspects of NLP. An analysis of the published literature does not support this view. Every publication I have encountered on NLP devotes entire sections or chapters to these issues. In 15 popular books on NLP that I have analysed in detail these topics on average occupy 18% of the total wordage printed.’

Because NLP is so diverse with no ‘official’ list of techniques or practices, as well as individual variations among practitioners with regards to how certain models are used, this makes it very difficult to make criticisms that apply to practitioners en masse. The existence of many certifying associations, lack of centralised regulation, and extensive number of short courses in which a certificate is obtainable in days or weeks have also been criticised. The NLP industry has become one of the most lucrative in the self-help market, making it open to abuse since there are no trademark restrictions on how the NLP term is used.

In addition to issues of commercial exploitation, its general lack of theoretical cohesion, and use of unsupported scientific claims, NLP practitioners are often known for their ‘evangelical’ fervour, making sensationalised marketing claims about the potential of NLP to ‘revolutionise’ and ‘transform’ people’s lives, in effect giving the impression to the consumer that NLP is a panacea. NLP has gained a reputation for attracting ‘fanatics’—some have even described it as a ‘quasi-religion’ and a ‘cult’. It is also known for its adoption by ‘pick-up artists’ who run training to help men learn how to seduce women with the use of NLP hypnotic language patterns. Perhaps more worryingly, people who have received limited training in NLP techniques may come away believing they are able to cure people who might need the help of a professional psychologist or counsellor.

The aforementioned issues raise ethical concerns about the potential harm that NLP may cause and have increasingly contributed to the view in some parts of the business community that NLP is over-hyped, new-age nonsense with a dangerous edge that should be approached with caution.

This article is an extension to our "In a Nutshell" series. To read our original overview of Neuro-Linguistic Programming (NLP) click here. 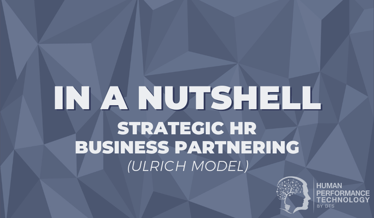